Stephen Franks is a nationally known lawyer, expert in company and securities law, and law reform.

After early general practice he spent two years in the Office of the Ombudsmen then joined Chapman Tripp in 1979, became a partner in 1981 and served as Chairman of the firm’s National Board. He had six years in Parliament, then four back as a consultant with Chapman Tripp before establishing in July 2009 a specialty law firm, Franks & Ogilvie (Commercial and Public Law Limited) to focus on the intersection of government and commerce.

Stephen ran a vigorous campaign for election in 2008 as the National Party candidate for Wellington Central but the seat was retained by Labour.

He’s been a member of the Securities Commission, the Council of the IOD, and the NZ Stock Exchange’s Market Surveillance Panel. In 2009/10 he served on the Minister of Energy’s expert advisory group on the electricity market structure.

He advised the New Zealand Dairy Board on the route to the creation of Fonterra, the Ministry of Commerce in drafting the Electricity Industry Reform Act, Telecom New Zealand during its privatisation and initial international public offering and the World Bank on legal aspects of corporatisation and privatisation.

Other current interests include a 2,000ha manuka and grazing block, mountain biking, and kayaking. Stephen is married to Catharine and they have four young adult children. 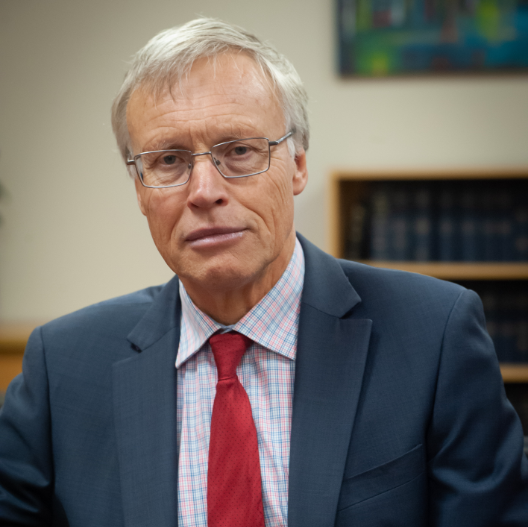 Stephen
in the news
In the Media: Director Stephen Franks on the natural gas pipeline decision

BusinessDesk reports on the Commerce Commission decision, due for announcement next week, that could mean price hikes over and above market prices for consumers of piped natural gas.

Franks Ogilvie is acting for the Major Gas Users' Group.

During the protests on Parliament’s lawn in March and April 2022, hundreds of people were trespassed from the grounds. Many of them returned during the protest. However, since then and more than 2 months since the protest ended, people have received trespass notice banning them from Parliament grounds for the next two years. The most high profile people to receive such notices were former Deputy Prime Minister and former Member for Northland, Matt King.

The notices themselves do not provide any reasons for the notice except they are made in accordance with sections 4(1) or 4(2) or 4(4) of the Trespass Act 1980.

Section 4 of the Trespass Act 1980 allows for a trespass notice to be issued when a person has been warned to stay off the site. The occupier (for Parliament this is the Speaker) may do so if –

- Subsection (1) where the purpose has trespassed on the place, the person may within a reasonable time, warn them off that place

- Subsection (2) they have reasonable cause to suspect the person is likely to trespass on that place.

Subsection (4) states it is an offence against the Act, if that person, then wilfully trespasses within two years.

The New Zealand Bill of Rights Act 1990 states that everyone has the right to freedom of expression (section 14) and freedom of peaceful assembly (section 16). But they may be subject to reasonable limits as demonstrably justified in a free and democratic society.

There are a number of technical requirements that must be satisfied when a trespass notice is issued, such as the manner the warning was given and the information provided in the notice.

In 1997, 300 students protested at Parliament. They were trespassed and arrested. The case went all the way through to the Court of Appeal, and it was upheld that while a trespass notice could be issued it was subject to the NZ Bill of Rights.

The decision to trespass can only be reasonable if it is a justifiable limit on the rights of freedom of assembly or expression. The questions the court asked to determine whether it was justified in regard to the student protest was whether the individuals behaved in a disorderly manner, breached or threatened to breach the peace or unreasonably infringe on the rights of others.

The law, to date, has not specifically considered whether a particular individual’s former role (as as being a MP) would affect this decision. Mr King, as a former MP, has stated publically, that he intends to run for election in 2023and if elected, would therefore be required to attend Parliament within the two year trespass notice period. It would be difficult to argue at that point that such a limitation could be justified.

Franks Ogilvie Director Stephen Franks, a former MP, was also told verbally he may receive a trespass order for speaking with people at the protest but did not receive.

In the Media: Stephen Franks on The Panel

Director Stephen Franks was on RadioNZ's The Panel on Monday 8 November. Joining host Wallace Chapman and fellow panelist Penny Ashton, they discussed alert level changes for Auckland and Northland, tax bills for parents who help their children in to the market, and baseball caps for Police.