Brigitte is admitted as a barrister and solicitor of the High Court.

She has over a decade of experience working in politics across Australia and New Zealand. She has a Bachelor of Law from Victoria University, a Masters of Law from the Australian National University, and a Graduate Certificate in Counter-Terrorism from Interdisciplinary Center (Israel).

Brigitte spent three years providing political and media advice to the Embassy of Israel in Australia, whilst dealing with a number of high profile events. She worked as a Senior Advisor in state politics and worked on a number of Australian state and federal election campaigns. Brigitte was a Chief of Staff to an Australian Senator, before returning home to be the Senior Ministerial Advisor to the Minister of Education in the last National Government.

She has worked extensively with clients in the private sector to help them establish and maintain relationships with government, lobby on important issues, and drive campaigns to raise public interest. Brigitte particularly enjoys working with grassroots and member based organisations.

Brigitte has extensive knowledge of law making processes, how to best utilise the Official Information Act, and how to coordinate public interest campaigns across multiple channels. She is particularly interested and experienced in firearms law, electoral law and large scale reforms.

She is a regular commentator for RNZ and Newshub, and writes a weekly column for NBR. 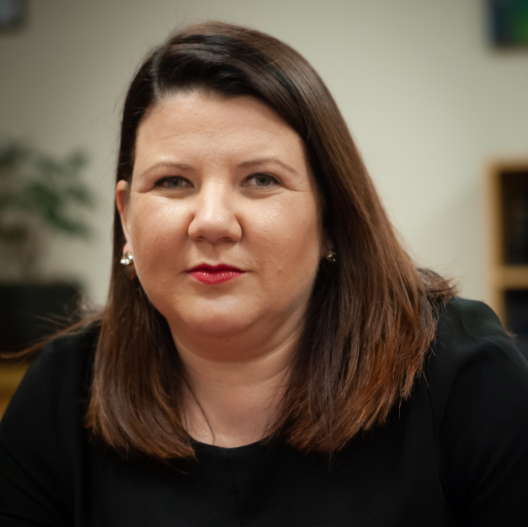 Brigitte
in the news
In the Media: Brigitte Morten on Nine to Noon

Franks Ogilvie Director Brigitte Morten joined Radio NZ's Nine to Noon for the weekly panel on politics. Alongside host Kathryn Ryan and Shane Te Pou, they discussed the upcoming budget, the release of the Emissions Reduction Budget, the immigration reset and the Maori Party decision to not stand in Tauranga.

The majority of the Supreme Court found the three strikes regime is subject to section 9 of the New Zealand Bill of Rights Act. This means the High Court should not have imposed the maximum sentence for Mr Fitzgerald’s third strike offence where it was grossly disproportionate to the seriousness of the offence.

Section 86D of the Sentencing Act 2002 requires the sentencing judge to impose the maximum sentence when an offender commits a third serious violent or sexual offence (“Three Strikes Regime”).

Because this was his third offence, Simon France J in the High Court applied the Three Strikes Regime and sentenced him to the maximum sentence of seven years’ imprisonment. Simon France J did not consider a s 106 discharge without conviction was available where the Act imposed a minimum sentence.

A majority of the Court of Appeal upheld this decision. All judges agreed the sentence was manifestly unjust and breached section 9 of the New Zealand Bill of Rights Act 1990 (“NZBORA”) which is the right not to be subject to torture, cruel, degrading or disproportionately severe treatment or punishment. However, they found s 106 was not available where the Three Strikes Regime applied, so the sentence had to stand.

The appellant appealed both the conviction and the sentence to the Supreme Court.

The parties agreed that section 9 was a fundamental right for which no limit can be justified. They parties also agreed that Mr Fitzgerald’s sentenced breached this right. However, section 86D provides that the Three Strikes Regime applies “despite any other enactment” and states that “the High Court must sentence the offender to the maximum term of imprisonment prescribed for each offence.”

The Supreme Court was asked to determine whether the Three Strikes Regime could be interpreted in a rights-consistent way.

The majority found that s 86D could be interpreted in a rights-consistent way. They found the words “any other enactment” were intended to refer to other provisions in the Sentencing Act that would require a lesser sentence and other aspects of the Crimes Act and Criminal Procedure Act that would otherwise apply. It was not intended to override the fundamental rights in section 9

O’Regan and Arnold JJ noted that not all applications of the Three Strikes Regime will breach section 9. They found the words “disproportionately severe” were coloured by the other references to torture, cruelty and degrading punishment. This means that only grossly disproportionate sentences, such as those that would shock the national conscience, are unlawful. Parliament intended to impose disproportionate outcomes for third strike offenders, but the majority found this did not extend to an intent to legislate in breach of section 9.  If Parliament intended to legislate across NZBORA, it needed to say so in the legislation.

William Young J dissented. He considered the words in s 86D were “crystal clear” and it was not possible to read in a qualification that the Three Strikes Regime applies “despite any other enactment, except NZBORA”. His Honour found that Parliament did not need to expressly legislate against NZBORA. Section 86D is clearly drafted to exclude NZBORA considerations. He would have dismissed the appeal against sentence.

The Court was also asked to consider whether the s 106 discretion to discharge an offender without conviction played a role in the Three Strikes Regime.

The Crown warned against applying s 106 as a cure to the effects of the three strikes regime where a conviction and sentence would otherwise be appropriate. Winkelmann CJ agreed the Court should not make s 106 the only alternative to conviction under the three strikes regime where such a conviction would breach s 9, NZBORA. Usually, discharge without conviction will not be appropriate for an offence that falls within the categories of serious offences covered by the three strikes regime. However, there may be cases where s 106 can be applied without distorting the basic structure of the Sentencing Act, even at the third strike stage. Winkelmann CJ found this case came very close to one where s 106 would be appropriate, but the public health and safety concerns raised by the Crown could be addressed following conviction under the Criminal Procedure(Mentally Impaired Persons) Act 2003.

O’Regan and Arnold JJ considered s 106 was available as part of the usual suite of sentencing options. While they found there was no need to determine the precise scope of s 106 in this case, they noted it was “strongly arguable” that applying s 106 to third strike offences would be inconsistent with the purpose of the Three Strikes Regime.

William Young J found s 106 is not inconsistent with NZBORA in any sense, however the Three Strikes Regime prohibits the imposition of a lesser sentence.

The Supreme Court unanimously dismissed the appeal against conviction.

Mr Fitzgerald’s conviction was upheld, but the majority remitted the matter back to the High Court for re-sentencing in light of their finding that, in this case, the Judge is not required to impose the maximum sentence under the Three Strikes Regime.

In the Media: Brigitte Morten on Nine to Noon

Director Brigitte Morten joined the week in politics panel on RNZ's Nine to Noon this week alongside host Kathryn Ryan and Capital Relations' Neale Jones. They discussed the ongoing living cost debate including the Government's 1 April increases to minimum wage and benefits, the legacy of retiring MP Louisa Wall, bullying of MPs and the new Parliamentary Commissioner to monitor the behaviour of MPs.