Angela Banks joined Franks Ogilvie in January 2011. She is responsible for the daily efficient operation of the office.

Angela has many years experience in administration and management in the design and production industry. More recently she has been involved with assisting member based organisations. 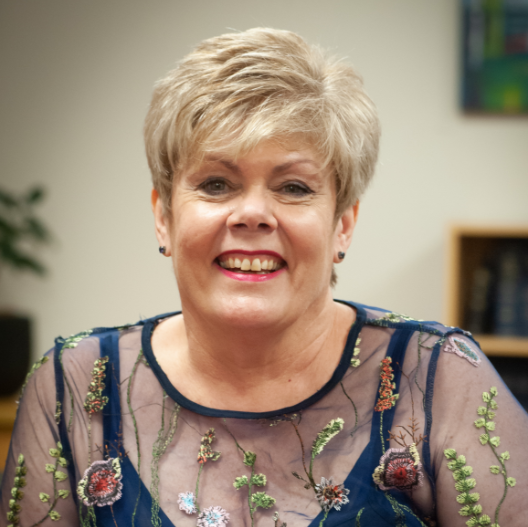 APPLICATIONS FOR THIS POSITION HAVE NOW CLOSED

Franks Ogilvie is looking for an intern to assist with research and administration. The role is paid.

The research will be largely in public law and politics but the person will need to be flexible as the work will depend on the clients’ needs. The administration part of the role would involve assisting our practice manager with tasks like bundling and filing.

An interest in Parliament and government is a must. The nature of our firm means the person would be directly involved in the work we are doing for clients. Some of our work involves topics of interest to the media and dealing with politicians. Discretion and professionalism is key. The role would suit someone entering their third year (or above) of law study.

The role would be casual for approximately 10 hours per week(more as their schedule allows and depending on client work). We cannot offer full time over summer and will be closed over the Christmas period. But we will work around classes and some work being completed away from the office. Our offices are on the Terrace (Beehive end) so convenient for classes.

If you are interested in the role, please contact Senior Consultant Brigitte Morten with your CV by 6 November 2020.

DOC adopted the Operational Plan on 30 June 2020 as part of its responsibilities under the Himalayan Thar Control Plan 1993 (1993 Plan). Under the 1993 Plan,DOC is required to adopt an operational plan every year by 31 July.

The Tahr Foundation claimed that the Operational Plan was inconsistent with the 1993 Plan and that DOC failed to consult stakeholders properly before adopting it. It applied for judicial review and asked the Court to (a) declare that adopting and implementing the Operational Plan would be unlawful; and (b) quash the decision.

Himalayan Tahr are goat-like animals that were introduced to New Zealand in 1904 as a tourism initiative to attract overseas hunters. Since then, they have established populations throughout an area in the Southern Alps known as the tahr feral range.

New Zealand has the only huntable population of tahr in the world and hunters pay a premium for the opportunity to come to New Zealand and take a tahr trophy. A‘trophy’ tahr is an older male bull with a fully grown mane and horns. Each trophy is worth about $14,000.

Tahr do have effects on native ecosystems, especially in large numbers. The Government spent three years considering what to do about tahr and came up with the Himalayan Tahr Management Policy in 1991. The 1993 Plan is the statutory document that gives effect to that policy. It splits the tahr feral range into a number of management units and sets a maximum population density for each unit (in the case of National Parks, the goal was zero density) and a maximum total population of 10,000 tahr across New Zealand. Recreational and commercial hunting sectors were appointed as the primary means of population control, with DOC official control to act as a backup if hunters are unable to keep numbers to the set maximum.

The 1993 Plan was largely experimental and was based on the best available science at the time. It provides for regular monitoring and states that it should be reviewed after five years, once more science about the actual ecological impacts of tahr has been collected. However, the 1993 Plan has never been reviewed and much of the science is still unknown.

In 2018, DOC research estimated the tahr population to be around 35,000. It originally planned to carry out official control to cull 17,500 tahr to bring the numbers back towards the 1993 Plan target of 10,000. However, following consultation over a period of weeks, DOC agreed to limit official control to 10,000 tahr and to leave bull tahr for hunters. DOC said this was part of a‘phased and adaptive management approach’ to tahr control.

Similar consultation occurred in 2019. DOC proposed to do 80 hours of ‘top up’ control inside the management units, again leaving bull tahr for hunters. This was saidto be a ‘transitional’ plan while DOC developed a longer term management plan.

This year, DOC carried out an abridged consultation. It phoned stakeholders individually in late May – early June and then sent out a copy of the draft Operational Plan on 16 June for consideration at a meeting on 19 June. Stakeholders were not contacted after that meeting and the Operational Plan was adopted on 30 June. The Operational Plan provided for 250 hours of official control inside the management units and included official targeting of bull tahr inside National Parks.

The Tahr Foundation argued that the Operational Plan was inconsistent with the 1993 Plan because it ignored the interests of commercial and recreational hunters.It claimed that a cull of the scale proposed and the targeting of bull tahr inside National Parks would cripple the hunting industry, which was already severely impacted by COVID-19 travel restrictions. It also argued that DOC was legally required to undertake proper consultation with stakeholders before adopting the plan and that the abridged consultation between late May and mid-June fell short of legal requirements.

Justice Dobson did say that there was a pattern of consultation which meant that stakeholders had a legitimate expectation that DOC would carry out meaningful consultation before adopting an operational plan. However, His Honour also ruled that the proposed control hours and the decision to target bull tahr in the National Parks were not unlawful.

Justice Dobson declined the Tahr Foundation’s request to quash the decision. The consultation process was found to be unlawful, not the substance of the decision itself. However, DOC was ordered to reconsider its decision following proper consultation and it must provide reasons for its reconsidered decision.  In the meantime, DOC is allowed to carry out 125 hours of official control and it can target bull tahr in National Parks.

The Tahr Foundation and other stakeholders will have at least seven days to prepare for the next round of consultation and present their views to DOC. DOC can effectively make the same decision as it did on 30 June but it must give reasons for doing so. Stakeholders may decide to appeal that decision if they think it was made incorrectly but they are unlikely to succeed on the substance. Costs were awarded to the Tahr Foundation.

If you would like further information on this case, or on similar work, please contact solicitor Aimee Dartnall.