Patrick Corish is a Solicitor at Franks Ogilvie.

He finished his LLB/BA at Victoria University of Wellington in 2019 majoring in Philosophy and International Relations.

Patrick enjoys tai chi and playing Go (an ancient Chinese board game) during his free time.

Patrick was admitted as a Barrister and Solicitor of the High Court in September 2020. 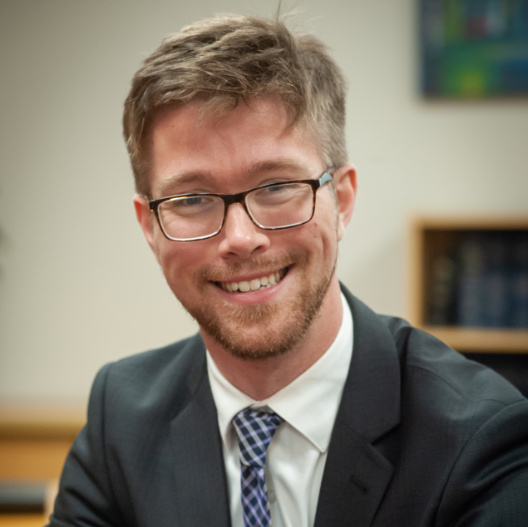 Patrick
in the news
Patrick Corish admitted to the bar

Franks Ogilvie is delighted to announce that Patrick Corish has been admitted as a Solicitor and Barrister of the High Court.

Patrick joined the firm in December 2019 as a law clerk and has contributed his strong research skills and passionate advocacy to many files. He has had a broad practice including contract, judicial review and trusts.

Being admitted is a very important milestone in the career of a lawyer and we acknowledge the time and effort that has gone in to this achievement. We look forward to working with Patrick for many years to come.

You can listen here to the podcast

The High Court has granted Greenpeace New Zealand Inc judicial review application against the Charities Registration Board’s decision disallowing it to become a registered charity. Mallon J ruled that Greenpeace was entitled to be registered as a charity because it met its requirements under the Charities Act 2006.

Background to the 2020 High Court case

Greenpeace was embroiled in a decade-long legal battle with the Charities Commission to become a registered charity. The Board of the Commission had denied registration of Greenpeace because it had engaged in political advocacy. This culminated in a historic case in the Supreme Court. The Court remitted the decision back the Commission in light of its decision that political advocacy could be a charitable purpose if the advocacy was to the public benefit.

Greenpeace wished to continue its application to become a registered charity with the Charities Registrar. The Board, once again, denied registration for reasons including: a) the political advocacy of Greenpeace was not the type allowed by the Supreme Court, b) that Greenpeace did not engage the advancement of education, and c) that its connections to illegal activity disqualified it from registering.

Greenpeace once again applied to review the decision.

The Supreme Court and political advocacy as a charitable purpose

The Supreme Court changed this. It held that advocacy of a political nature could be a charitable purpose if it was generally for the public benefit. Advocacy was no longer marginalised to being ancillary.However, the Court would have to determine whether the advocacy was charitable on a case-by-case basis.

Greenpeace challenged the Board’s decision on the following grounds:

1. The Board had focused too narrowly on whether Greenpeace’s advocacy was a public benefit and took the existence of other views as proof that it was not.

2. The Board failed to apply the proper legal test to whether Greenpeace’s activities where for the charitable purpose of advancing education.

3. The Board failed to consider that any non-charitable purpose of Greenpeace (specifically its advocacy towards to disarmament and elimination of weapons of mass destruction) was ancillary to its main purpose.

4.     The Board wrongly concluded that Greenpeace had an illegal purpose and when its objects did not break the law.

The Court decided in favour of Greenpeace ruling that Green peace met the requirements to register as a charity and that it was entitled to do so.

On whether its political advocacy was a public benefit

Mallon J ruled that the Board had misapplied the Supreme Court’s test on whether the advocacy was in the public benefit. The Board incorrectly looked at the controversial proposals Greenpeace espoused in promotion of environmentalism and decided that with the existence of other views, the specific advocacy of Greenpeace was not charitable. Mallon J decided the existence of competing interests or views did not disqualify advocacy for environmental protection as a charitable purpose.

On the whether Greenpeace advanced education

The advancement of education is a charitable purpose listed under section 5 of the Charities Act. The Board decided that Green Peace did not have this charitable purpose because it commissioned and used research to promote its own advocacy.

The use of that educational material for other advocacy-centric purposes was a separate question. Research of a kind that contributes to the story of human knowledge with free and public access was sufficient to advance education in pursuit of its charitable objects.

On whether Greenpeace’s advocacy for peace, nuclear disarmament and de-proliferation of WMDs was a charitable purpose or ancillary purpose

Mallon J decided that Greenpeace purpose to advocate for peace, nuclear disarmament and de-proliferation of WMDs, was an ancillary purpose and contributed to Greenpeace’s overall objective of protecting the planet, environment, and humanity. His Honour stated that section 5(4) of the Charities Act did not require ancillary to be expressly stated as such.

Did Greenpeace have an illegal purpose?

The Board mistakenly concluded that while Greenpeace did not directly engage in breaches of the law, it demonstrated a pattern of behaviour where Greenpeace had deliberately condoned or endorsed isolated incidents of actual or potential illegal activity.

Mallon J ruled that the examples the Board relied on were too isolated to form an established view that Greenpeace promoted illegal activity. The activity in questions was of a non-violent nature involving peaceful demonstration. Mallon J stated that “sometimes beaches of the law…ultimately advance a public benefit.” A determination of this kind is highly contextual and would depend on the seriousness.

What does this mean?

This shows real application of the Supreme Court’s new interpretation of “charitable purpose”. Advocacy can still be a charitable purpose in light of countervailing views. While this still may require the court to determine whether the advocacy is in the public interest.

If you would like to understand more about this case, or on a similar topic, please contact Patrick Corish