Aimee has a Bachelor of Law, and a Bachelor of Arts, majoring in politics, from the University of Otago. She worked in local government advising on alcohol regulation, before joining Franks Ogilvie in early 2018.

Aimee has expertise in local government regulations, with specialist knowledge of the Sale and Supply of Alcohol Act 2012 as the former Secretary to District Licensing Committees in Wellington.

As a litigator, Aimee has appeared in a number of High Court cases, primarily for judicial review, but also for claims under the Marine and Coastal Area (Takutai Moana) Act 2011, trusts and Resource Management Act 1991 cases. In addition, she has appeared in the District Licensing Committee, the Environment Court and the Court of Appeal. 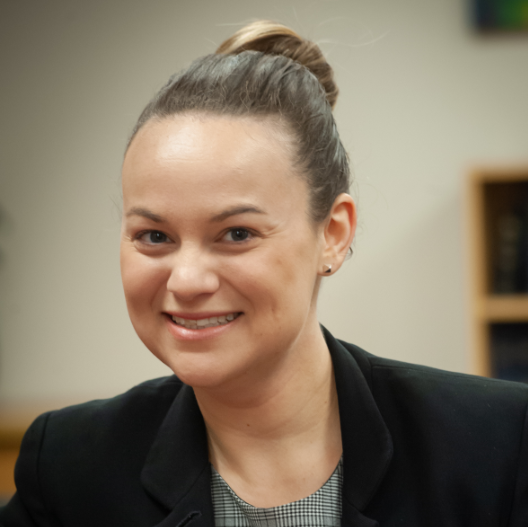 Changes to the Commerce Act 1986 in the Commerce (Criminalisation of Cartels) Amendment Act 2019 come into force today, on 8 April 2021. While people and companies have been forbidden from working together to fix prices at a certain rate, limit the supply of a certain good they each supply or split a market between them for some time, these actions can now land you in prison. Here is what you need to know about the changes:

1. Since 2017, sections 30 – 30C of the Act have prohibited people and companies from entering into or giving effect to a cartel provision.

2. A cartel provision is defined as a contract, arrangement or understanding between people or companies who compete in the same market (e.g. mechanics or real estate agents acting in the same area) that has the purpose, effect or likely effect of:

c.      Allocating the market between them (for example, I will sell houses on this side of the street and you sell ones across the road).

3. This definition captures contracts, arrangements and understandings that have the effect or likely effect of one of these situations. The people or companies involved didn’t have to deliberately intend to do these things and could have even done them by accident. It was the result of the contract, arrangement or understanding that mattered most.

4. Until today, people or companies that breached these provisions were liable for damages (which were calculated by the Court).

5. Now, people and companies can also be charged with criminal offences if they intentionally enter in to one of these arrangements.

7. The penalty for criminal cartel behaviour is up to 7 years imprisonment and/or a fine of up to $500,000 for an individual, or, for a company, a fine up to the greater of $10 million, or a percentage of the company’s turnover or of the value of any commercial gain resulting from the cartel behaviour.

We think these new provisions are likely to make executives pay greater attention to this area of the law. The prospect of exposure to criminal charges will weigh heavily in a way quite unlike the calculation that has been possible up until now, involving a balancing act of career success, profitability and bonuses against a somewhat distant risk that the gamble could go wrong and your company get pinged.

If you want to know more about these changes and how they may affect your business, contact us.

Buying alcohol over Easter – 6 things you need to know

Buying alcohol over the Easter break can often cause confusion. Here are six things you need to know so you don't get caught dry:

1.      No off licences can sell alcohol on Good Friday. That includes all supermarkets, bottle stores, wineries, breweries and anywhere that sells alcohol to take away.

2.      The rules for off licences are the same on Easter Sunday, except wineries are allowed to sell from their cellar door, provided that they actually make or harvest the grapes on that land.

3.      On licences like bars, restaurants and cafes with a licence to sell alcohol to be drunk on-site can sell alcohol on Good Friday and Easter Sunday but only to customers who are ‘on the premises to dine’. So you can’t have a beer at the pub unless you order a burger to go with it.

4.      You can’t linger at the bar. You can’t be served alcohol more than one hour before or after eating a meal, otherwise the Sale and Supply of Alcohol Act says you aren’t there to ‘dine’.

5.      The exception is for hotels, bed and breakfasts or other accommodation providers that sell alcohol to their guests. Guests ‘residing’ on the premises for the time being (in other words, people who will be staying overnight) are still able to buy and drink alcohol on-site.

6.      Trading on Saturday and Monday is not affected.

Solicitor Aimee Dartnall wrote a piece for the Law Society's magazine, LawTalk on the enforceability of climate change declarations.

In her piece, she considers the legal implications of a recent High Court decision ordering the Thames-Coromandel District Council to reconsider its decision not to approve the Mayor signing the Local Government Leaders' Climate Change Declaration and the increasing role the Courts are playing in making sure governments take these declarations seriously.